I spent the afternoon at an allergist’s office, trying to figure out why I had a spontaneous asthma attack in the middle of the night a few weeks ago. Turns out, I’m allergic to some things (as shown by a skin-prick test). It took hours for the hives to go away. 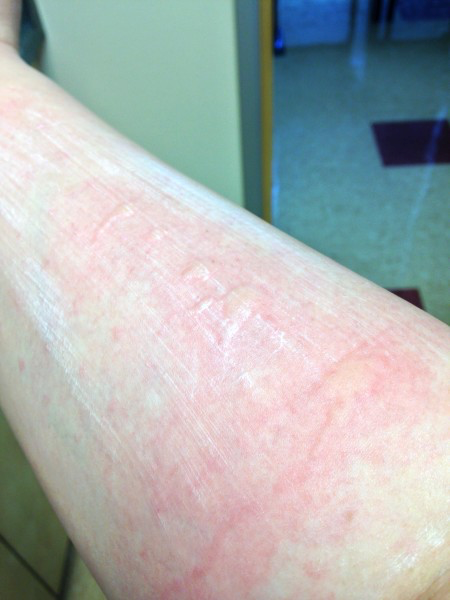 I also had to do a pulmonary function test, which triggered an asthma attack, go to an imaging center for a chest X-ray, and then go to a lab to have my blood drawn.

By the time I got home, I was just done. I didn’t want to interact with anybody, I didn’t want to cook dinner, and I certainly didn’t have the wherewithal to clean. We ordered pizza instead of being responsible. After months of threatening to, I finally restarted playing The Last of Us. Justin managed to work up the willpower to empty the overflowing kitchen trash can but that was about as far as our ambition went.

He came in from the garage. “I have something to tell you.”

“You’re not going to like it.” He paused, then continued. “The freezer door didn’t seal all the way and the food inside of it is warm.”

He didn’t mean the refrigerator/freezer in the house. He meant the dedicated freezer in the garage where hundreds and hundreds of dollars worth of grass-fed beef, organic produce, and Justin’s lunchtime burritos were stored.

I’m not really a cryer, but I came close tonight.

I’m trying to be grateful. There were a few things we were able to salvage (a couple of items right under the fan in the back of the freezer were still completely solid). A lot of things were partially frozen, so the smell wasn’t too overwhelming. The unit is now completely clean. I cleaned out the freezer in the house to make room for the few things we salvaged from the garage, so now I can check that off of my to-do list. (Just what I wanted to do after a day of misery.)

And mostly, while this is a major hit and it hurts like hell, we’ll be okay. No, we won’t be able to buy another half beef (we were down to about a quarter beef before tonight) anytime soon, and I don’t think I’ll replace the $35 bag of salmon we bought yesterday for a while. But we can buy meat, frozen veggies, and Justin burritos when we need them. I know that’s more than a lot of people can say.

Still. This day was literally rotten.