“What has surprised you about your time at App Camp?” I asked on Thursday during lunch.

There was no hesitation.

“Sometimes, we go to coding classes at the library. They just give us a sheet of paper and we type what’s on the paper into the computer and then we have a program. But it’s not like that here! I didn’t know our teams would come up with our own apps and figure out the code for them!”

Other kids at the table agreed.

“I didn’t know that we’d get to draw!” another said.

“I really like writing the questions that are going in my team’s choose-your-own-story app,” said a third.

“Did you know that you could do so many things and still work in the tech industry if you want to?” I asked.

“Nope,” they replied, “I might want to work in tech now!”

In 2015, I wrote about why I support and volunteer with App Camp for Girls. If I were to write that post today, it would basically be the same. The only difference now is that I have practical experience with the program. Since I wrote that post I’ve volunteered at two camp sessions and organized another two.

I’ve had a front-row seat to see how App Camp impacts lives.

On the first day of camp (always a Monday) we have the kids take a survey as soon as they walk in the door. One of the questions on the survey asks them why they’re attending App Camp. Overwhelmingly, the response is that their guardian made the choice for them.

By Wednesday, most of them are all-in. By Friday, the last day of camp, over 90% of our attendees say they’d recommend camp to a friend. Over 75% of them want to come back the next year as interns to help new teams discover the joys of app development.

In Portland, where App Camp has existed the longest, some kids have come back year after year. Some have started tech-oriented clubs in their schools, some have lead their own teams at App Camp, and some are training to be the Lead Developer–the person who teaches programming principles, walks attendees through programming, and is the go-to person for Swift questions.

The impact on kids is important and is, for me, what makes the challenge of organizing worthwhile. Beyond that, though, there’s a huge impact on the lives of the volunteers at camp. Several have been inspired to learn Objective-C and Swift and begin careers as app developers. We’ve helped one another find jobs, celebrated life events, and mourned losses together. I’ve made some of the most amazing friends because of App Camp.

App Camp is currently in the middle of its third Indiegogo campaign. Our goal is to raise the funds we need to expand to three more cities over the next three years, for a total of eight cities. When we get those three camps established, it’ll mean sixty more kids will get to go through camp every year.

I’d love it if you’d consider donating. Indiegogo accepts Apple Pay, which makes contributing really easy. Whether you can contribute a few dollars or a few hundred dollars, your support is invaluable to us. Plus, App Camp is a registered nonprofit in the US, so US-based donations are tax-deductible (minus the cost of your perk)!

More than that, though, would you tell people about the campaign? Post to social media, email friends and relatives who may be interested, tell your coworkers, shout it from a rooftop….

Your money and your help spreading the word will make a world of difference for even more kids!

I was fortunate enough to get my hands on my iPhone X yesterday. Here are my first impressions, with just over 24 hours of use: 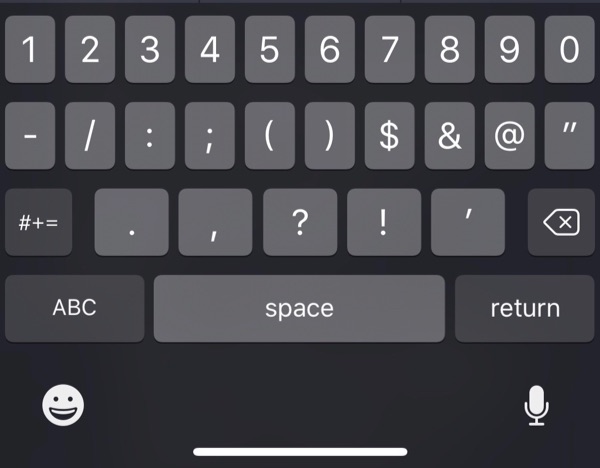 Lastly, I asked what my Twitter followers wanted to know. You ask, I answer!

How do you reach the top? Thumb gymnastics? Two hands? Is it annoying to get to Control Center and notifications?

I don’t think of my hands as being particularly small, but I’ve been a two-handed iPhone user since I got my iPhone 5. I just never could get to those top corners, and reachability never clicked for me. I think this is why the transition to the iPhone 6 and then the 6S Plus wasn’t too difficult for me, and why the new way to get to Control Center and notifications isn’t a big deal for me.

When I do need to use it one-handed, like when Raven lays on my arm, it can be a little cumbersome to get to the top. I’m working on figuring out how to inch the phone down in my hand without dropping it. It does balance nicely when I use my thumb to support the bottom and index finger along the side. This kind of worked with the iPhones Plus I owned previously, but I couldn’t hold it long and it was less stable.

Steeper, I think, because this breaks a lot of established iPhone conventions. I don’t know that it’ll be more difficult to learn if the user doesn’t have a lot of experience with iPads or other iPhones, but breaking old habits is hard. As insinuated above, I also question how intuitive it is to perform tasks like restarting the device. You hold the sleep/wake button plus the volume up button to turn off the phone, but just the sleep/wake button to power it up? That seems inconsistent to me.

What about the color shift due to the OLED display?

It’s quite noticeable, but is well outside my normal viewing angles.

Is it superior to the 6-8 iPhone bodies when you hold it like a lightsaber and make “whooshing” sounds as you duel someone?

Yes, because it’s taller than the iPhone 6, 7, and 8 and therefore more appropriate for use as lightsaber. The wider iPhone 6 Plus, 7 Plus, and 8 Plus make it harder to hold and therefore present a major tactical disadvantage.

The games the Girl Scouts will develop feature a cute cast of characters (Marshmallow, Chocolate, and Graham Cracker) whose goal is to reach their campsite. In the process, the kids will learn about physics programming, geometry, level design, scripting, data analytics, and more.

I’ve written about my adoration for technology before, not surprisingly in support of the last major App Camp for Girls fundraiser. My love and support of App Camp is the same love and support I have for this project because our goals are the same: let’s show girls that their interest in technology isn’t weird or wrong. Let’s show girls that it can be fun to solve problems, design characters, and show off their stuff.

Won’t you please join me in supporting Marshmallow Run and in spreading the word about it? 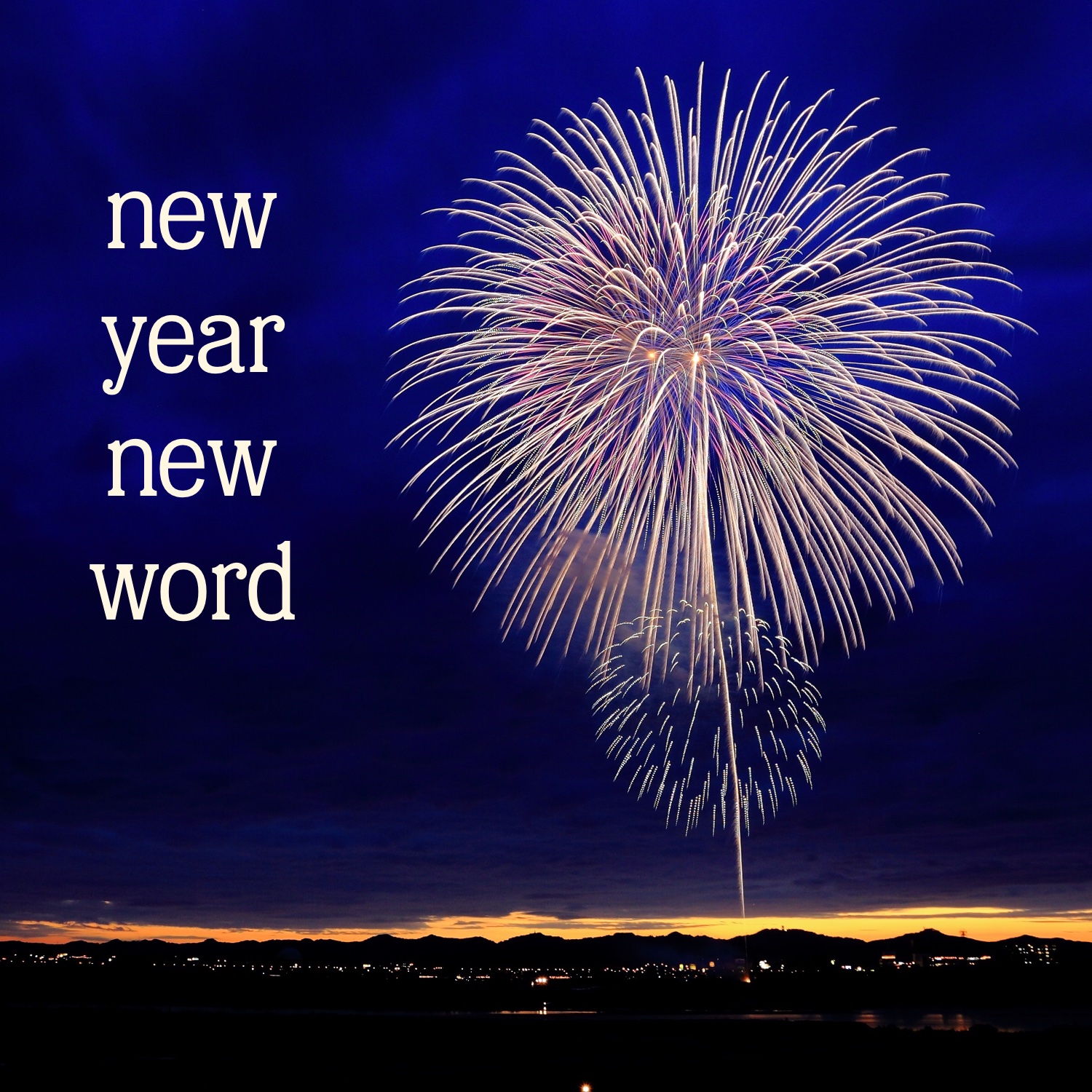 I stopped setting New Year’s resolutions a long time ago. Instead, I pick a single word that reminds me of my goals and intentions for the year. Past words have included create and balance and breathe depending upon where my focus needed to be.

It’s pretty normal for me to be reflective in December. When I started thinking about what my word for 2017 could be, I realized that I never picked one for 2016. It took me 11 months to realize that I’d omitted my major New Year’s ritual. I get a little pang every time I think of it, but there’s nothing to be done about it now.

My omission is understandable. This year was full of activity: it started with a trip to Orlando and a Caribbean cruise and didn’t slow down until the middle of December. During that time, I organized the inaugural run of App Camp for Girls in Phoenix, traveled to my mom’s, San Francisco, Portland, Philadelphia, and Anaheim, started teaching a college class, picked up my freelancing career, and gave a long conference talk.

I was also a guest on several podcasts: mainly shows on The Incomparable and Relay FM networks, but I had a few other appearances sprinkled in. In September, after a lot of discussion and angst, I made the decision to end Less Than Or Equal on its 100th episode.

What’s more, I did all of this while I was chronically ill. My trips to Philadelphia and Anaheim even took place soon after I started a highly restricted diet to try to help reign in some of my symptoms of autoimmunity. So, in addition to the stress of travel, I had to also pack food. That meant that I had to purchase, cook, freeze, and transport meat and figure out how to get fresh produce once I arrived at my destination.1 (If you’re looking for details about my diet, why I started it, what my challenges have been, and if it’s helped, stay tuned. I’m working on a post!)

I think it’s safe to call 2016 a whirlwind! It seems like 2017 is shaping up to be less hectic, but we’re only five days in. We’ll see what ends up happening.

No matter what this year has in store, I know what my word is: ferocity.

It feels kind of silly to pick that particular word, but I think I’ll need the reminder over the next 12 months. I have a feeling that I’ll spend a lot of time calling my representatives’ offices over issues like women’s healthcare, the dehumanization of my LGBTQAIP friends (especially my transgender friends), and the public’s right to know what happens on the floors of Congress. Furthermore, I have big goals for the year and I’m going to have to work hard and persistently to achieve them. I still have some health struggles,2 and it’s going to take dedication to figure out what’s causing them and what I can do about them.

I honestly believe 2017 is going to be my best year ever, but I’m going to have to take it head on, with intent, and with ferocity.

And so I shall.

When I was little, I loved putting icicles on my grandparents’ Christmas tree. I remember grabbing the long whispy strips of silver in my tiny hands and flinging clumps of the stuff on the branches.

“Don’t use so much,” Granny and Papa would say, “Just take a strip or two at a time.”

It was less fun to drape the icicles meticulously upon the tree, but the effect when everything was placed was beautiful. Their metallic surface would glitter and gleam next to the lights. When someone walked by, the icicles would even dance a little.

I’m going to throw all modesty aside for a moment to tell you that, if we haven’t met, you probably don’t realize how stunning my hair is. My dark brown locks are thick, shiny, and sleek.1 When the light hits it just right, you can even see glints of gold and red shine through.

It’s my point of vanity, and I’ve wondered how I’d handle going gray since I was in high school.

That time, it would seem, is nigh.2 I feel like I spot a new silver hair every time I look in the mirror, but my reaction has surprised me.

Perhaps I’ll feel differently in a few years, but I’m grateful for the opportunity to face a future with gray hair. Our culture reveres youth but age is a badge of honor, of experience, of wisdom. May I live long enough to have no natural trace of brown on my head.

There’s also a bonus to these silver streaks. You see, when I turn my head to and fro, these scattered highlights glitter and gleam just like Granny and Papa’s tree decorations.