Apple Watch, One Month In

I was a first-day recipient of the Apple Watch, thanks to a husband who set his alarm for 2:55 AM on preorder day (we were in Georgia for Creative South) and my decision to forgo the more popular Space Gray Apple Watch Sport in favor of the silver and blue.

I wasn’t in love with the idea of spending $350 on the Apple Watch, but I needed it for work and I was intrigued by the potential for fitness tracking. I’ve worn a Fitbit for years. I started with the Ultra, then upgraded to the One and wore the tracker clipped to my bra. Some of my more sensitive friends would avert their eyes when I tried to check the number of steps I’d taken; however, I didn’t want to switch to a wrist tracker because I’m one of the weirdos who relied on a watch to tell the time. By the time trackers with clocks were released the “iWatch” smoke was too dense to be dismissed, so I waited to see what such a device would offer.

I was reservedly excited leading up to my receipt of the Apple Watch and went so far as to pitch a column about my fitness adventures (Christy Turlington Burns is great, but most people are not marathoners). I’m glad that didn’t come to fruition because I’ve been underwhelmed. My Apple Watch has provided a nice reminder to get up and move around for a bit every hour, even if it’s only for a minute. The exercise tracking has been lackluster for me, though. On Wednesday, I walked nearly 15,000 steps. I spent a lot of time huffing, puffing, and sweating up hills in Portland, but my Apple Watch counted exactly zero exercise minutes.

So fitness is currently kind of a bust for me (I’m rooting for you, Watch OS 1.0.2!), which I thought would be the Apple Watch’s crowning glory. So how am I using it?

Managing distractions is of paramount importance to pretty much everyone but it’s especially important for those of us with ADHD, since our attention strays easily and can be difficult to recapture. As a general rule, the first thing I do when I get a new electronic device is turn off email notifications. I keep my phone silent and vibration-free unless I’m expecting a call, especially now that my blue and green friends can coexist in Messages on my computer. The thought of my wrist buzzing for every email, text message, calendar notification, sketch, tap, and heartbeat bypasses unappealing and goes straight into stomach-churning territory for me.

To mitigate distractions and make sure the notifications I receive are meaningful, I have almost all of them turned off. Those that remain are: 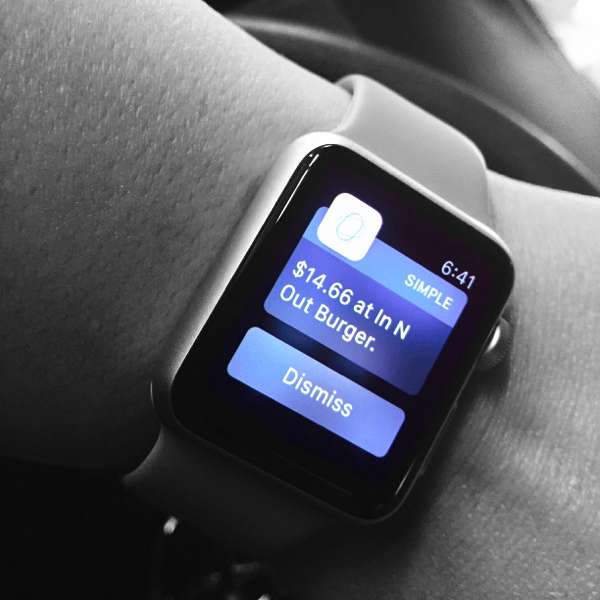 The high-resolution jellyfish, flower, and butterfly faces are beautiful, but offer little in customization (especially complications). The same holds true for the Solar and Astronomy faces. I don’t like analog faces because, despite years of practice, it’s difficult for me to glance at them and register the time. This leaves me with one watch face: Modular.

I’d much rather have a gorgeous butterfly fluttering its wings, but Modular gets the job done thanks to… 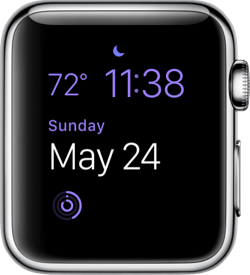 It didn’t take me long to settle on the information I wanted to appear with the time, especially since less is more for someone who is easily distracted. I’ve always preferred watches that include the date, so adding that was a given. I keep a complication for the current temperature on display, though that may change when Phoenix consistently hits the triple digits (37.8 or more degrees Celsius, for my non-US friends). I also keep my activity rings in constant view.

When I use the timer on my phone, I find myself doing a weird app-switching dance to find out how much longer I have left. The complication on Apple Watch makes it easy to check in on the countdown, but it looks ugly when it’s not in use. I add the complication when I know I’m going to need it, then remove it when I’m done. It’s not elegant, but I prefer it to the annoyance of timing things with my phone.

I used the battery complication for the first week or so until I was sure that the promised all-day staying power would be a reality. I have yet to receive a low battery warning and decided to get rid of that clutter pretty quickly.

There are those who disagree, but I dislike all of the Sport band colors and refuse to pay a hojillion dollars for another band (the Modern Buckle, the only band I even find even slightly attractive, barely fits my wrist anyway). I got the bright blue don’t call it rubber band because I found it the least offensive of the non-black hues. I always felt a bit self-conscious wearing it, especially when my shirt was a contrasting color. After about a week, I decided to drop the $50 to buy a black band and am much happier. If anyone wants to buy a 38mm blue band, let me know!

I lift my wrist and speak to it, just like Dick Tracey. “Hey Siri,” I say confidently. The lackluster Modular face stares back.

What I’m saying is that Siri on Apple Watch and I don’t communicate well, despite my best efforts. I’ve stopped trying.

I don’t have a lot of friends who have an Apple Watch, so I don’t send or receive many sketches. They’re…fine? I don’t really see the point.

It’s been over a month and if my Apple Watch isn’t pristine it’s pretty dang close. I’ve bumped it against counters and walls, as is my wont, and I don’t see any imperfections.

As for water resistance, Justin started wearing Apple Watch in the shower a day or two after he received it; it seems no worse for the wear.

When people ask me how I like the Apple Watch, I shrug and say, “It’s fine.” There have been several comments on my lack of enthusiasm. The fact is, my life hasn’t changed much because of this particular device. Maybe I’ll change my tune as third-party apps evolve and improve, but I’m not using any at this point in time. For now, it’s an expensive watch with a lackluster activity tracker, which differs only slightly from my expectation of a watch with a great activity tracker. I’m reserving overall judgment, but I wouldn’t recommend that anybody rush out and buy one right now.